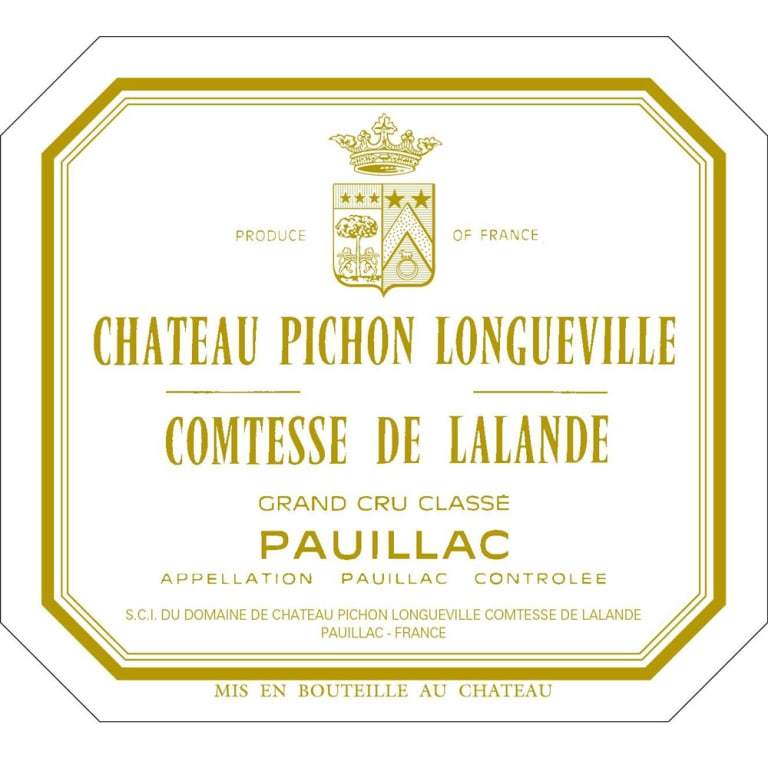 The 2016 Pichon-Longueville Comtesse de Lalande is every bit as regal as it has always been. Towering and spectacularly rich in the glass, the 2016 captures every ounce of potential is showed from barrel. The 2016 is a vivid, dramatically sweeping wine that will leave readers week at the knees. Beams of tannin give the 2016 soaring intensity that is matched by a host of aromas and flavors that open up in the glass. Blackberry jam, graphite, spice, menthol, licorice, pencil shavings and spice are all finely sketched in a bold, savory Pauillac that hits all the right notes. The 2016 Pichon Comtesse has been riveting on each of the four occasions I have tasted it from barrel thus far, making it easily one of the wines of the vintage. Nicolas Glumineu and his team turned out an epic Pichon Comtesse in 2016. Don't miss it! AG

Coming from the genius winemaking talent of Nicolas Glumineau, the 2016 ChÃ¢teau Pichon Longueville Comtesse de Lalande matches the 1982 and is a perfect, legendary wine in the making. A blend of 75% Cabernet Sauvignon, 21% Merlot, and 4% Cabernet Franc brought up in 60% new oak, it's not the most powerful Left Bank but offers perfect balance and thrilling intensity as well as heavenly aromatics of crÃ¨me de cassis, leafy herbs, jammy blackberries, tobacco leaf, and freshly sharpened lead pencils as well as more violets and minerality with time in the glass. Possessing a deep, full-bodied, singular character, the purity of fruit that's the hallmark of the vintage, building tannins, and a sense of class and elegance that's hard to describe, it's a 50-year-wine. While this cuvÃ©e has included a fair chunk of Merlot in the past that gave it more upfront appeal, it's important for readers to know it's much more Cabernet Sauvignon-dominated today, and while it is slightly more approachable than some of its neighbors, it shuts down rather quickly with time in the glass. (I followed this wine for multiple days.) I suspect a solid decade of cellaring is warranted.JD

The 2016 Pichon Longueville Comtesse de Lalande is blended of 75% Cabernet Sauvignon, 21% Merlot and 4% Cabernet Franc aged for 18 months in 60% new oak. Deep purple-black in color, it is a little mute, slowly unfurling to reveal a core of crushed blackcurrants, blueberry compote and black raspberries with nuances of cinnamon stick, violets, star anise, menthol and pencil shavings plus a waft of fallen leaves. Medium-bodied and super intense in the mouth, the palate bursts with black fruits and savory layers, complemented by red fruit sparks and framed by fantastically ripe, fine-grained tannins, finishing very long with a lingering suggestion of minerality. WA