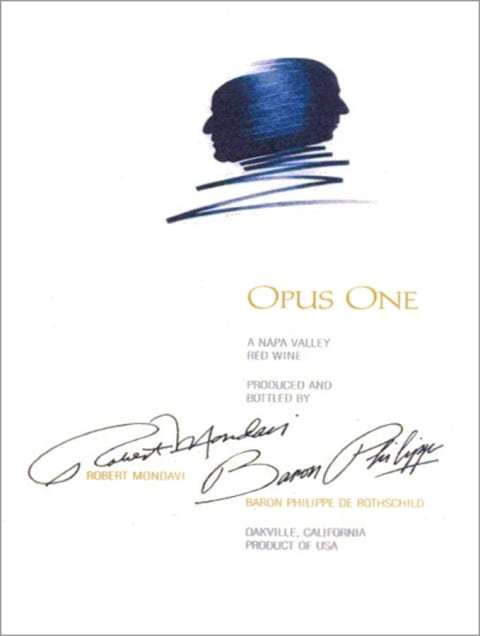 Purity and brilliance on the nose with so much currant and flower character. Roses, currant bush and fresh leaves, too. Brightness is the word that comes to mind. Full-bodied and broad-shouldered. Juicy and so gorgeous now. Balance is so wonderful here. All about harmonious fruit and tannin balance. I like it slightly better than the excellent 2014. 81% cabernet sauvignon, 4% petit verdot, 7% cabernet franc, 6% merlot and 2% malbec. Drink or hold.JS

Composed of 81% Cabernet Sauvignon, 4% Petit Verdot, 7% Cabernet Franc, 6% Merlot and 2% Malbec, Opus One's 2015 Proprietary Red Wine is truly an iron fist in a velvet glove, delivering a powerhouse of flavors and structure with a seductively plush texture. It opens with a deep garnet-purple color and wonderfully spicy notes of cinnamon stick, cloves and fenugreek with a core of cherry preserves, redcurrant jelly, blackberry pie and warm plums plus hints of camphor, lavender and cigar box. Full-bodied, rich and bold in the mouth, it fills the palate with exotic spice-laced black and red fruits, framed by firm, beautifully ripe, grainy tannins and great freshness, finishing with epic persistence. Although it is already approachable, allow it another 3-5 years in bottle for its myriad of subtle accents to fully blossom and then drink it over the next 30+ years.WA

The 2015 Opus One is just as fabulous from bottle as it was from barrel. Dark, sumptuous and voluptuous in the glass, with no hard edges, the 2015 captures all the essence of the vintage while retaining a good bit of aromatic freshness. At this stage, the new oak is still a bit prominent, but that should not be an issue as the wine ages. There is more than enough depth for the 2015 to develop positively for 20-25 years, perhaps more. Just bottled a month prior to this tasting, the 2015 is naturally a bit more reticent than it has been in the past. Winemaker Michael Silacci add that the 2015 will, in his view, follow a similar trajectory to the 2008, which he later opened for the sake of comparison. In my view, the 2015 will always be more extroverted, although it does need time to be at its most expressive. The blend is 81% Cabernet Sauvignon, 7% Cabernet Franc, 6% Merlot, 4% Petit Verdot and 2% Malbec. AG